Our second ever competition was at Summer Fling. We signed up for a 25-mile Set Speed Bronze. If you missed my blog post about my first competition, here it is.

The day started early after a bad night’s sleep. (Whoever sleeps well the night before a competition anyway?)

I had made my list and checked it twice (may have added some things to it twice too). I packed throughout the week leading up to the competition. The night before I checked my packing against my list and made sure Alice’s fuzzy’s were installed on her halter.

The morning of the competition we managed to get Alice on the trailer and hit the road on time. It only took about an hour to get to camp. Alice travelled like a champ and was nervous walking around camp but settled right down to work when we started saddling.

We vetted through before starting. Alice was “plumply” hydrated, but she had a sore lumbar and her gut sounds were low. We were told to get her to eat and drink as much as we could, which wasn’t too hard considering I was trying to stop her from eating at the vet’s feet while we chatted. We came away with an overall impression of B to start.

The ride started 30 minutes later than anticipated which worked for us. It meant getting home later, but we had more time to tack up and eat. Julie helped me tack up and installed the heart rate monitor. Soon enough Alice and I were off.

This was our first ride alone as Julie had an injured foot and couldn’t ride. We took off slowly even if Alice was willing to give me a nice trot at the onset. There was a long stretch of gravel road leading from and to camp which I decided to walk because Alice didn’t have any hoof protection.

The first loop went by like a breeze. Alice found her groove and all she wanted was to move. She didn’t drink at all though and ate on the way back along the gravel road. She loves her hackamore for that. When we got back and vetted through, Alice was slightly dehydrated, which was no surprise. Thankfully her gut sounds and her sore lumbar were getting better.

Julie took care of Alice during the hold and I tried to plan the second longer loop. We gave her electrolytes and lots of wet hay to get some water in her. And then we were off again!

The second loop was much slower. The footing was decent though we couldn’t see most of the time due to the overgrown grass. There were some downed trees along the way, some we could walk over, others we had to detour into the forest.

The ride itself was good. I learned that Alice does better either alone or with a friend that she knows. She also has a big stride on her once she is warmed up, so other horses have trouble keeping up with her. She also likes to try to pass if the horse in front is slow.

Alice didn’t drink during the first loop and the second loop didn’t start out any better. She only started drinking halfway through the second loop and then she drank at every chance she got. Julie had made it clear that we weren’t allowed back at camp unless we had spent 3 hours on the second loop. I started to slow down as well towards the end of the last loop. Not so much cramping as muscle fatigue. At any rate, we slowly walked back to base camp in an effort to keep her heart rate down and to allow her to eat along the gravel road.

We took a little more than 3 hours for the second loop and came in with a happy horse and tired rider. Alice pulsed down nicely and we presented for 20 mins with a heart rate of 44. Great improvement over Merrickville.

We kept feeding her and offering her water for the last 10 minutes.

We ended with better gut sounds and better lumbar than we started with. Her heart rate went up at the end so her final heart rate wasn’t what we would have liked. The vet suggested it may have been because of the bugs. She also mentioned that many of the horses that day had low gut sounds probably due to change in weather.

We finished with a grade 5 and 9th place (out of 10). The important part was that we completed. We also finished with a better overall impression than we started with A-!

My main takeaways were:

We’ll have time to figure this out. Our next competition is in October. 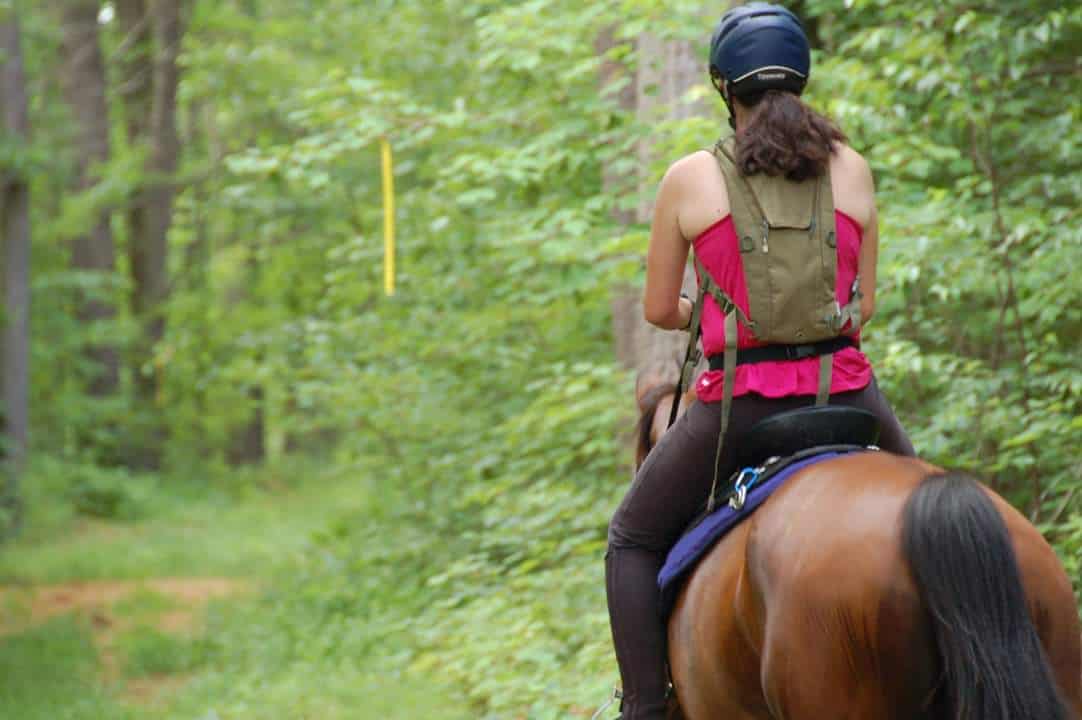 Get our Equine First Aid Mini-Guide

Is your first aid well stocked? Do you know what's normal for your horse? Do you have a log to keep track of your horse's vitals? Not sure? This is for you!
Get the mini-guide 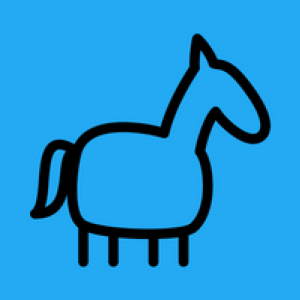 Passionate, 30-something trail rider, helping others hit the trails and spend more time in the saddle. Blogger and tack shop owner at Equestrian Next Door.